I had a lot of fun working on such a crunch-heavy game in a teeny engine, and I hope you have fun playing!
Warning: There is absolutely no way this game is balanced in the slightest, so play at your own risk!

CONTROLS
Arrow keys for movement, Z and X to use abilities and menus.

GOAL
Your goal is to destroy all three of the enemy towers before they destroy your's.
Heroes are too weak to fight them head-on in the beginning, so you must level them up by farming creeps and skirmishing with enemy heroes.
Each hero grows stats in different ways, and has two unique abilities unlocked at various levels.
Try them all!

PICKING HEROES
On the first screen, you will build your team of five heroes.
Use left and right to move the cursor, and the primary button (Z on keyboard) to pick one.
Once you choose all five, the enemy team will secretly pick 5 of the heroes left over.

STRATEGY PHASE
There are three lanes: top, middle, and bottom.
You'll assign each hero in your team to one of the lanes in order.
You can't leave a lane empty, and a lane can't put more than three heroes in one.
Once you set up your lanes, the enemy team will reveal how they set their's.
Next, you will play the three lanes in order before returning to the strategy phase.

PLAYING
At the start, you'll get to choose which hero in the lane you want to play as.
Once you pick, everyone will spawn, along with waves of creeps.
You can attack enemy units by overlapping with them.
As enemies die, you will gain xp. When you gain enough, you'll level up!
Leveling up increases your stats and sometimes unlocks new abilities.
To use an ability, press either the main or secondary button. (Z or X on keyboard)
After use, the ability will go on cooldown.
The round will end after a set time limit at the top.
Destroy the enemy tower in each lane to win!

PUDGE
Meat Hook (Lv 2): Instantly teleports the nearest enemy hero to Pudge's location.
Rot (Lv 3): Deals damage in a radius to all enemies, along with Pudge himself.

CHAOS KNIGHT
Chaos Strike (Lv 3): Deals a random amount of damage to every hero in a radius, up to 10 times Chaos Knight's current attack power.
Phantasm (Lv 5): Spawns 3 clones of Chaos Knight with half health that attack the nearest enemy.

SHADOW FIEND
Shadowraze (Lv 3): Deals heavy damage in a blast a ways away from Shadow Fiend. The Number indicates how far it will go, resetting every 3 uses.
Presence (Lv 4): Drastically cuts the armor of all enemies in a radius.

ANTI-MAGE
Blink (Lv 2): Teleports Anti-Mage in any direction.
Mana Void (Lv 5): Deals damage to each enemy in a radius based on how long that enemy's current spell cooldowns are. Does nothing against non-heroes.

ZEUS
Arc Lightning (Lv 2): Deals damage in a radius around Zeus.
Thundergod (Lv 6): Deals incredible damage to every enemy unit on the screen.

SHADOW SHAMAN
Hex (Lv 2): Temporarily turns the nearest enemy hero into a chicken, reducing their attack and armor.
Mass Serpents (Lv 4): Spawns 10 unmoving serpents that deal damage to any enemy that touches them.

RUBICK
Spell Steal (Lv 3): Copies a random spell from the nearest enemy hero. Rubick can then use that ability as his own second ability. Using Spell Steal again will replace the stolen spell.

I'm finished adding content to the game (and maxed out the token limit), but I may patch some bugs and tweak the balancing if there is interest. Let me know what you think

Is there any way to download it for local?

If you own Pico-8, you can search for and play it throughh the splore menu!

wow this is super good! 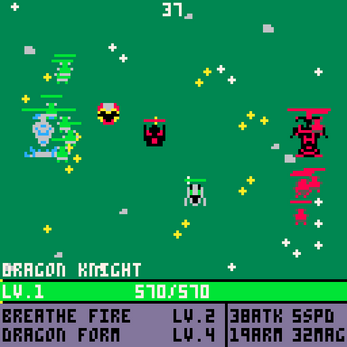 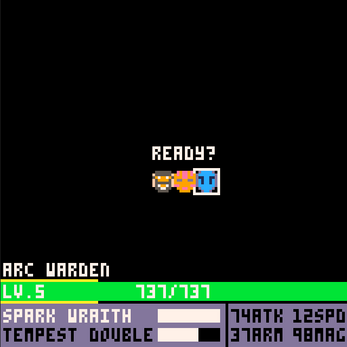 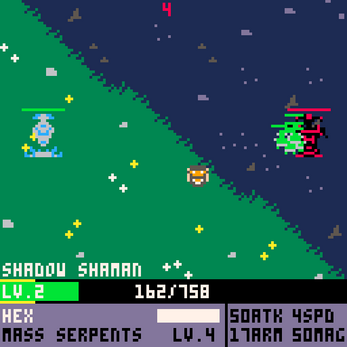 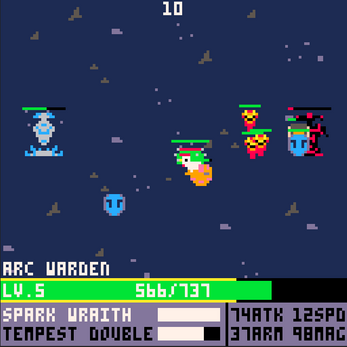 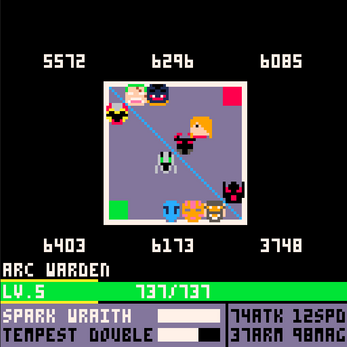